Ecstatic trance vs. Self-hypnosis vs. Visualization

How is ecstatic trance different from self-hypnosis or visualization?

There are some practitioners going around talking about shamanic trance in terms that are right out of a hypnosis textbook. The trance we're talking about can actually start that way, but self-hypnosis tends to spiral in on itself where the ecstatic trance moves outward taking you with it.  It was called ecstatic because it was first arrived at through dance, drumming, and general hoopla

Water can take you where you want to go.

Shamans most often visualize a spiral as they work through trance and journeywork. The spiral is ancient.  The earliest example known for the shamanic spiral in cave drawings is about 37 thousand years old.  A spiral can go in, or it can go out, we see the spiral in the beginning of learning this work in order to have something to hold on to visually.  First, you see the spiral.  Later, you become the spiral.  All of this, the tools, the trance, is used to move us apart from ourselves, to allow our energy to move to other realities, through time and through space.  There are steps to learning the use of any tool - all I'm doing now is hitting the high points so you can see how they have been used over time.  The ecstatic trance is an aware trance and one of movement, not used to understand or see the self, as is often the case in self-hypnosis, but to see other things outside our normal awareness.

Shamans never move blindly, they move with intent. That intent may be bizarre, but it is movement nonetheless.  Looking within during ecstasy can be almost dangerous; we tend to implode with the movement.  Sort of like crushing a soft drink can.  Because the movement you are attempting requires such great energy, you would move through your own energy and out the other side dragging it down as you pass.  Picture taking a balloon half full of air and poking your finger into it until it touches the other side from the inside.  I guess it could be fun if you don't need to function in the real world for a while.  You can really mess yourself up, but that isn't usually the problem people face; it's getting to a useful trance state to start with.

Trance and use of the elements

Now let's take a look at using natural elemental sounds.  One of my favorites is water.  Water can take you where you want to go.  The sound of moving water, whether it is a drip, or a flowing river is a powerful natural force for movement and trance.  Any sound of moving water, rain is nice too under certain circumstances.  Water on our planet connects everything; we ourselves are eighty five percent water.  Much like insect noise, it is just an issue of allowing it to fill your awareness and giving yourself to its movement.  It is an issue of opening your own energy to connect with energies outside yourself.

Work with the other elements first, then we'll talk about fire.

The water exercise I have given out over the years addresses that at a lower level in order for people to get a feel for movement with the water energy.  The other elements are the same.  One day I was walking down the driveway and I reached my head back a bit to catch the air, it was a lovely day, and the next thing I know I'm on the ground.  So don't do these things on a busy street corner.  I caught the energy of the wind, a gentle breeze, and I was gone, to another time and place.  To use the wind, allow it to fill you, and launch yourself into that awareness.  Wind is especially good for working with the past.  The wind carries us on the wings of remembrance and beyond time itself if we let it.

Fire, on the other hand, is a doozy.  Fire is a burning energy, obviously.  It can bring tremendous change, burn away things, and give you clarity, but it is difficult to work with and control.  There are methods for working with fire, but the old shamans held it as one for the most experienced, and that's why I hesitate.  Work with the other elements first, then we'll talk about fire.  Candle work is firework, but it's fire suspended in air.  I'm talking about campfire on the earth kind of energy.

Shamans know that separation in any energy is only an artificial construct.

Earth is a grand one, and the best, really.  If you have trouble accessing earth, go to it through water.  Earth is everything.  You can use it in so many ways.  Many have trouble accessing earth energy due to the separation we have created in our culture.  The earth itself is alive; you should know that starting out.  Just like the trees, you can speak with and know the earth.  The old method was to bury someone; this brought them into direct life sustaining contact with earth.  But to use earth energy for trance is as simple and complex as just sitting on the ground and allowing yourself to melt.  When you go to earth energy, simply find a spot that likes you; there are many that will put up with our energy - we are, after all, her children.  Speak with the earth, don't be shy - say it right out loud, give it that energy, ask it to take you in, to allow you to see as it sees.  You will feel as though you are growing roots, the energy will rise and fill you, your vision will change and you will be in the trance moving to the rhythms of the planets.  Shamans know that separation in any energy is only an artificial construct.  We may speak in metaphors at times, but it all boils down to energy. 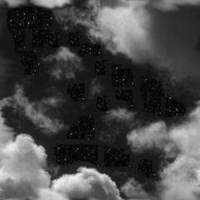 Shamans also use visual interruption to stimulate trance.  You can learn to use anything.  They would use a hat, or band, and they cut a fringe that hangs down into and just over the eyes, then they start dancing.  The visual disruption will put you right out.  Eye fringes were used by the ancient Scythian shamans, (who were all women by the way,) and they wore really funky hats and had tattoos all over.  The tattoos represented power animals usually.  But they also had that old familiar shaman's spiral in at least one or two spots.  Visual disruption works, you can try different methods.

You should approach any of the elemental methods with reverence.  Ask them to work with you, and then always express your thanks.  And they would do them for about three hours to achieve the really deep ecstasy.  Tarot, astrology, hoodoo, numerology, etc., are all tools which have been used by shamans.

Why have tools at all, what's the point, and are they an end unto themselves?  You can cast bones, read tealeaves, throw the runes (or answer the call of the runes, I should say.)  Each leads to a different expansion of a given system, but they all have one thing in common; that is, they trap our attention.  They are just tools, which serve to focus our energy.  The question is, can you learn to do it without the tools, and if you can, how is it different?  Once your attention is trapped in this way, the focus of your energy changes; essentially, if you're open with it, the world stops and you 'see'.  So when we use tools as shamans, we are doing what people have done for ages, but there can be more to it on a shamanic level due to the way shamans hopefully learn to control their own energy and use it.  The issue with any of these things is not the what, or even the how, but the feeling of the energy we are using which normally we don't access.  In my view, anything can be a shamanic tool; and old tennis shoe will do, so start saving those.

I would expect you to throw away the prop when you are done with it.

The problem with any of these tools is giving them credit for the work of your own energy; this is where most people stop with them, even though they may develop highly accurate ways of using them.  Shamans are just never satisfied, they always want to see deeper, go further and understand more than they did the day before.  With practice and experience, they tend to outgrow the tools and either begin using them in different ways for different purposes, or simply abandon them altogether.  I don't use them for the most part, and the ones I do tend to use can be really odd or just plain everyday objects.

What is the difference between a 'tool' and an 'exercise'?

The tool is something you vest energy in as an only means of doing something.  An exercise is designed to use a tool and then move past the tool directly into working with energy.  So, to look at them and realize they are only tools in the beginning creates the expectation in our energy that we will move past them and that becomes a goal, which we intend.  For instance, you can use a mirror for scrying, but the work with the mirror is something you can do without it as well.  In other words, it is an exercise - it isn't using the mirror as a perpetual tool, it's only a prop to get started.  And I would expect you to throw away the prop when you are done with it.  Someone could use it as a tool and become a high-powered scryer, but they would only be a scryer and eventually that will be self-limiting.

Can you explain 'trapping your attention'?

Trapping our attention is using anything to trap our normal brain that is going to say, "Hey, you can't do this, its nuts."  But then that attention itself can become trapped in the tool, and you become self-limited.  That's what the exercises do.

Should you then learn to work without them?

I would like to see people do it that way, though I know it isn't possible for everyone in the beginning.  I think that by learning to use your energy directly you avoid a lot of the pitfalls of false seeing and mind theater into which some of the tools can lead you.