The purpose of shamanic practices lies in the duality of the path itself. The first necessity for those seeking a deeper understanding of the shamanic state of mind (or lack of it) is learning to access the peculiar areas of their own consciousness, allowing for heightened awareness beyond their cultural definitions of normalcy. 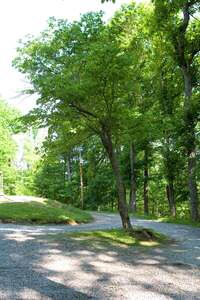 The second area of the practices is more complex and revolves around the necessary need to communicate with other human beings in the process of practicing the path as the shaman has evolved on it.

Eventually, through work and perseverance the shaman arrives at a third set of practices which both serve his or her community and at the same time advance the ever expanding need of the shaman to access and comprehend the vast complexity and simple definition of their personal tasks.

No shaman is an island. Despite the solitary nature of the path itself as practiced in contemporary terms, the modern shaman is faced with the same dilemma as that of his ancestral peers.  Communication with those he or she would help as well as using the shaman's knowledge in the pursuit of an even greater understanding of the universe in which mankind finds itself existing.  These goals may seem contradictory, but it is that very contradiction that is driving contemporary practice just as it drove the traditional practices of the past.

The first necessity for those seeking a deeper understanding of the shamanic state of mind (or lack of it) is learning to access the peculiar areas of their own consciousness, allowing for heightened awareness beyond their cultural definitions of normalcy.

The modern shaman must straddle both the world of the commonality of man's existence here as well as the expanded realms of knowledge accessible because of both training and nature.  Beyond the seemingly Herculean nature of this basic task lies a further danger to the would-be practitioner in modern western culture.  Conformity and uniformity of both thought and action are prized virtues of western culture.  Although some differences are allowed, the necessity of functioning within this social milieu dictates careful crafting of the practices used.  Added to the traditional roles of seer, healer and teacher, the modern shaman must also master personal public relations in order to retain a mask of normalcy allowing for functioning within his societal roles.

Despite these new restrictions on the outward behavior of shamans and the students of the shamanic, new practices have evolved allowing for the same eventual integration of their awareness and practice as the old methods achieved within their cultures.  While we can no longer conveniently subject people to the rigorous and often dangerous methods used in the past, the new methods offer just as efficient and often more useful training to those attempting to maintain balance in a modern culture.  Those familiar with traditional practices may find the seeds of those planted in the more modern practices contained here.  All due deference and respect for the sacrifices of those who pioneered the original pathways to the unknown is hereby given and gratefully acknowledged.

The following pages delineate a set of practices which are presented in the hope that those searching for answers about the shamanic will find them useful.  Even though these things are presented earnestly and honestly, one should not assume the mere reading and casual practice of them can guarantee a pathway into shamanic awareness.  The true path is long, often tedious and difficult, even for those who have a natural inclination. Beyond that, these are only words, and words serve as a poor substitute for the actual senses required for mastery of the shaman's world.  Each person who comes to the shamanic does so for deeply personal reasons.  Some are good reasons, many are poor, but all are treated equally in the search for the understanding of man's true nature and the energy of the totality around us.

Even though these things are presented earnestly and honestly, one should not assume the mere reading and casual practice of them can guarantee a pathway into shamanic awareness.

Where do you start this journey?

All journeys begin with the first step, and the first step of the shamanic journey is to understand what and who you are. This is only possible if one truly understands the nature of their own awareness.  We could spend a great deal of time hashing out the definition of just what human energy is, where it comes from ,or what it is capable of perceiving, but those concerns have been addressed at length elsewhere and do not answer the essential question, "How?"

As you move through the shamanic, you begin to understand it as a multi-threaded process, a process of becoming something different than you perceive yourself to be now, sometimes something radically different.  Regardless of what brought you here, the issue now is to understand first how it is that you perceive and how you came to hold your present view of yourself and your reality.  Many aspects of the shamanic experience occur simultaneously without rhyme or reason in a linear framework of time or perception.  But the key for understanding lies in simple acts of perceiving fluidly the experiences appearing within your field of perception.