The recapitulation is an ancient technique for retrieving and healing your energy. It also teaches you how to prevent current energetic loss.  Those who pursue it shamanically consider the recapitulation to be a never-ending process. The technique has steps, phases and ramifications as the process unfolds for the individual practicing it.  It is not a new technique, and not one that I invented.  One form or another of the core idea of the recapitulation is present in all the shamanic traditions.  I have brought in as much detail for understanding as possible for the western mindset, and tried to help it fit better with the enculturation that exists in these in modern times.

All shamanic traditions have some form of a death and rebirth process.  Each is centered on the simple concept that the way you are now will not work for someone who seeks to practice as a shaman in any of the traditions.  So my view of the recapitulation came to be that it represents a 'little death' for those who pursued it to its logical conclusions, if logic even really applies.  But it is orderly, linear in some respects, and productive - all things the western mind craves in the way it assembles a worldview.

Every interaction you have had with other people in your life has tied up personal energy.

My work with the recapitulation started as a youngster on different terms than the process offered to adults on these web pages.  Children, after all, begin with a very different perspective on life than they will hold later as adults.  Through the recapitulation, I learned to understand detachment, personal responsibility and personal power.  Although I learned many things in the process of understanding my own tradition, I realized as a young adult that the recapitulation was really the foundation upon which so much of it was based.   Without it there could be no true understanding of the practices and experiences that come later.  I also realized that there were two essential elements present in the process; one could be used primarily for self-healing, the second was more complete and stepped a person off on to the path of the shamanic. I have always encouraged people to work with it until they find their own direction in terms of how far they wish to pursue the process. 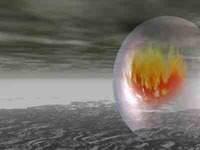 Psychologists will treat people who have suffered traumatic experiences by urging them to work back through the experience and put it behind them.  They have names for all these techniques and processes, they all sound quite scientific and well reasoned.  But they ignore the basic issue of being human and so often the person takes years to work on one major trauma and is never really freed of the pain which accompanied it, nor the patterns they struggle with throughout life spring from it.  Shamans see the recapitulation as a more natural means of dealing with it; stalk the memory, and take back your energy, letting it become just a memory, with no life, no power to invoke a response from the present.

The theory of recapitulation is simple. Every interaction you have had with other people in your life has tied up personal energy.  Each memory you have requires energy to keep it alive and maintain the emotions you have about the encounter. Over the course of a lifetime, you invest enormous amounts of energy in these things and they drain you, make you miserable, and create behavior in the present predicated on the energies of the past. You will be surprised after doing even a partial recapitulation at how much energy it was taking on a daily basis to keep those things from the past alive in the present.  Shamans know, or have seen, that we as human beings do not have an infinite amount of personal energy.  We need every little scrap available to us in order to live life effectively or for shamans, to accomplish the tasks that they feel lie before them. Modern psychologists try to do much the same thing as the recapitulation for their patients.  On an energetic level, the changes in individuals are quite profound, even for those who practice it purely for reasons of self-healing.

You will be surprised after doing even a partial recapitulation at how much energy it was taking on a daily basis to keep those things from the past alive in the present.

The physical process is simple and is as follows: You can make a list - of people, experiences, life events - and follow it, not a bad idea actually, or pick a time period of your life that you are going to recap.  The technique is very simple.  Begin by arranging some time that you won't likely be disturbed.  You will need a space that compresses your energy.  A closet would do, or even putting a heavy blanket over you will work as well.  Quiet your mind and relax, setting the intent to retrieve your energy trapped in your past.  Bring up a specific memory or event.  Get it pictured right in front of your face in as much detail as possible.  (Colors, sounds, smells, people involved, etc.) Turn your head to the left and exhale, then slowly turn your head from left to right drawing in the energy of the scene in front of you with your breath (inhale).  When your head is completely to the right again, turn slowly back to the left exhaling the foreign energy (that which is not yours) that exists from the scene.  Keep sweeping the scene until you feel 'done' with it.  Go on to the next event on your list, or that comes to mind, and keep doing this until you have worked through each one.  Be aware of what you are doing and stay focused.  If you're just starting the recap, I would suggest fifteen to twenty minutes a day just to start out, give it two weeks, then take stock of where you are.

When you are finished the first time you may feel a little lightheaded, that's normal.  It means something is changing.  If the memories you are working with are especially painful or traumatic, it may take a number of recapitulations to completely suck the energy back out of them.  You will know it is working when you recall one of the memories and find that the emotions it was evoking in you have lessened, or even completely disappeared.  Sometimes you may look at them and feel like they aren't even your memories - they seem as though they happened to someone else.  This is a start; you may want eventually to do a complete recapitulation.  Shamans are never done recapitulating; it is done over and over through a lifetime.

There are other techniques that can be added to this, but this is the core of recalling personal energy to yourself from the past.  The other methods seem too theatrical to me, too much symbolism to be immediately useful.  It may seem silly at first, but if you keep it up it will make a major change in you, give you more clarity and change the perspective from which you make decisions now in your life.

Now, you may ask, 'Why the recap and not (fill in practice of your choice)?'  The reason the recap works when many other things only appear to work is twofold.  One, it is a real physical/energetic connection in your energy - it is a physical act through your energy, and because of that it involves you completely in the process.  Two, the recapitulation demands that you work at the process of first, self healing and then movement beyond healing into the shamanic.   You can't just say you recap and expect everything to be 'all wonderful and stuff'. You can't just say, "I forgive X for dumping crap in my life," and expect it to work either; there must be a physical and energetic breaking of those connections.  This is real, not illusory in terms of changes.

It may seem silly at first, but if you keep it up it will make a major change in you, give you more clarity and change the perspective from which you make decisions now in your life.

Let me add a couple of things here.  The recap is real, but unlike other methods I have seen, even some claiming to be recapitulation, this process ends in nothing less than a transformation of the individual practicing it.  Don't take it lightly.  If you like your life just the way it is, don't start the recap.  One of the things that bother me about other approaches is that they go nowhere.  People use the techniques, but no change or progress is made.  I think that is attributable to a single reason.  No one ever talks about the patterns created through connections, or how the ghosts of those connections remain in your energy like the grooves on a record and they will try to re-exert themselves again if you don't erase them.  As you recap, you will find that to be the case over and over again - circumstances will seem to conspire to get you back into a pattern, which you have recently been recapping.  The difference comes in recognition and the ability to be detached from the pattern enough not to repeat it.  But the ways in which this occurs, the re-exertion can at the least, be entertaining.

The recap is real, but unlike other methods I have seen, even some claiming to be recapitulation, this process ends in nothing less than a transformation of the individual practicing it. Don't take it lightly.  If you like your life just the way it is, don't start the recap.

The word, 'recapitulation' was popularized in modern times in the books of Carlos Casteneda.  Although he used this name, he was clear in his books that the recap has been a part of all shamanic practice for as far back as anyone could recall.  Some shamanic cultures refer to it as purification, throwing off the world, or being reborn into the world.  It is often combined with other processes or techniques during shamanic initiations.  Here in Western Culture, however, it has been separated out as a distinct technique of it own.  The reason for this is the enculturation process, which most of us go through in order to function as a part of our society.